Fred Geonetta and Kenneth Frucht have been successfully representing clients in federal and state courts for over fifty years combined, and have obtained substantial verdicts and settlements in a wide variety of cases. Some representative cases include the following:

Cardonet v. International Business Machines, et al. CV 06-06637 RMW – Cardonet was a small technology company engaged in the development and marketing of catalog management software. IBM, which used Cardonet’s products to generate and manage its worldwide ecommerce catalog, entered into a licensing agreement giving it limited usage of Cardonet’s software. IBM then used more of the product than it had purchased rights to, and refused to pay for the additional usage. After substantial litigation involving depositions throughout the United States and in Israel, Cardonet prevailed on a summary judgment motion, and shortly thereafter the parties reached a settlement with confidential terms.

Burlingame Investment Company (BIC), et al v. Tana, et al. This is a still-active case. We represent BIC in a case where the defendants used unlawful means to try to take over a business entity’s clients, a series of real estate development companies. The main company is in Barbados; the other companies were in California. This is a two-stage court trial. In the first stage, the court found the defendants’ actions to be unlawful. The second stage determines damages arising from the defendants’ unlawful actions. In phase two, the court has tentatively awarded more than $800,000 and has set a mini-trial for punitive damages against two of the defendants.

Morgan Cherry & Associates v. Hewlett-Packard Company et al., CV 06-07067 MMC – Morgan Cherry & Associates (MMCA), headquartered in Virginia but with operations worldwide, is one of the premier private investigation firms in the world, and worked with HP to develop one of the most extensive and successful worldwide anti-counterfeiting programs in the industry. When HP switched vendors and terminated MMCA’s services, it attempted to shortcut the learning curve for the new vendors by giving them MMCA trade secrets and confidential information that MMCA had spent decades developing. Litigation ensued, entailing discovery and depositions of witnesses from five continents. After MMCA prevailed on the key issues in a summary judgment motion, and days before the trial was set to commence, the parties reached a settlement with confidential terms.

Walker v. Maple Leaf Bakery, et al., Alameda Superior Court Case No. RG05206284 – Maurice Walker, an African American man, was a route driver for Grace Baking in Richmond, California. After Grace Baking was acquired by giant food conglomerate Maple Leaf Bakery in 2003, Walker’s new employer asked him about his working conditions. Walker responded with a complaint that African American drivers were routinely paid less than white workers, and were discriminated against in a number of other ways. Walker was thereafter falsely accused of theft, made an outcast by his formerly friendly and supportive white supervisors and co-workers, subjected to a barrage of humiliating harassment, and ultimately terminated. Litigation ensued, resulting in a confidential settlement for Mr. Walker.

Bagga v. Optum, Inc., et al., Orange County Superior Court Case No. 04CC03151 – Plaintiff, a female of Indian descent, was hired as a consultant to work at a Costa Mesa technology company. Plaintiff’s supervisor, also of Indian descent, used his position as her superior, as well as his cultural knowledge of Plaintiff’s vulnerabilities as a woman, and molested and harassed her. When she finally complained, Plaintiff was subjected to retaliatory actions by her employer. After filing the case in Orange County, California, on behalf of the Plaintiff, Mr. Frucht and Mr. Geonetta obtained a confidential settlement of her case.

Webb v. Riedel. We represented a lawyer in a cross claim over a law partnership dissolution. After a 7-day trial in arbitration, we won a $500,000 award and defeated the other side’s claim entirely.

CUADRA v. CITY OF SOUTH SAN FRANCISCO, et al. U.S. Northern District Case No. 08-3439 – In 2007, Mauricio Cuadra filed a citizens complaint alleging that police officers used excessive force during an arrest. The South San Francisco Police Department then issued a report accusing him of violating California Penal Code 148.6, a California law making it a misdemeanor to knowingly file a false claim of police misconduct. Mr. Cuadra was arrested, prosecuted, and finally acquitted. A civil rights case filed by Kenneth Frucht alleged that the Police Department had retaliated against and maliciously prosecuted Cuadra for filing the citizens complaint. During the litigation Mr. Frucht successfully argued there was no basis for arresting Cuadra, as the 9th Circuit Court of Appeals had previously determined that California Penal Code 148.6 was an unconstitutional restriction of a person’s First Amendment Rights of Freedom of Speech and to Petition the Government for Redress of Grievances. After prevailing with this argument, a confidential settlement was reached on behalf of Mr. Cuadra.

Najarro v. City and County of San Francisco, U.S. Northern District Case No 09-2871 – After being targeted for selective enforcement of parking ordinances by a San Francisco Parking Control Officer, Karen Najarro filed complaints against the officer with his supervisors. Later, the same officer falsely accuse Ms. Najarro of running over his foot. She was arrested, prosecuted, and ultimately acquitted. Geonetta & Frucht took her case and filed a civil rights case alleging that Ms. Najarro’s First and Fourth Amendment rights were violated by the false and retaliatory arrest and malicious prosecution. The case settled for $95,000 following a judicial mediation with a federal magistrate judge.

Hurwitz v. Moalem, San Mateo Superior Ct., 409741 – In 1976 Benjamin Hurwitz was shot and killed by a high-powered rifle as he drove down Highway 92 in San Mateo. The case went unsolved for more than 20 years, until a series of confessions by co-conspirators led to the arrest and conviction of Hurwitz’s former business partner. Mr. Geonetta and Mr. Frucht took on the wrongful death case on behalf of the widow and daughter after the case had been virtually abandoned and left for dead by the original civil attorneys. Within a year the case settled for approximately $900,000.

Dixon v Enstrom, et al. – This was a multi-defendant wrongful death and personal injury case in Contra Costa County in the late 1990s that went thru two trials. It was a helicopter crash during an air show in Livermore California. In the first trial we obtained a jury verdict following a 3 month trial for $11 million against 2 of 6 defendants. We did not, however, represent anyone in the second part of the trial.

MORSY v. ISLAMIC SOCIETY OF SAN FRANCISCO, San Francisco Superior Court Case No. 03-419440 – Plaintiff Safwat Morsy was recruited and induced to move from Michigan to San Francisco to become the religious leader (“Imam”) and Executive Director of the Islamic Society of San Francisco. In making the move with his large family, Mr. Morsy relied on promises and representations that were made regarding, among other things, the length of his contract and the extent to which he would be involved in decision-making at the ISSF. Mr. Morsy later learned of and complained of financial and other improprieties that members of the Executive Committee were involved with at the ISSF, including illegal tax evasion schemes. When Mr. Morsy continued to complain, the ISSF stopped paying his salary, excluded him from Executive Committee meetings, and then summarily fired him without any prior notice. Mr, Morsy sued, alleging breach of contract, wrongful termination in violation of public policy, and violation of California Labor Code Section 970, which allows for double damages if a plaintiff proves that he was induced to move from one city to another based on false promises. During a vigorously contested 5-week trial, the ISSF sought to portray Mr. Morsy as a radical and extremist Muslim cleric who was fired for espousing radical and intolerant views, while Mr. Frucht presented evidence showing that he was fired for exposing and complaining of corrupt and unlawful conduct. The trial ended with a verdict for Mr. Morsy of more than $200,000, and a finding of fraud that doubled the damages to $417,370. The case settled the day after the verdict.

Avakian v. HS Pharmacy, et al. Our wrongful termination lawyers represent a partner in the HS Pharmacy who was wrongfully removed from her position there. We took over the case from other counsel (whom we subsequently sued for malpractice in Avakian v. Gurney & Garcia). In the HS Pharmacy matter, the defendants sought to stop our prosecution of the case by threatening to petition for bankruptcy. We obtained an injunction from the state court stopping the bankruptcy petition, a ruling that we believe is unique, as we found no other such ruling in the State of California. The case was ultimately settled with a total victory for our client such that she owns the HS Pharmacy entirely and the defendants took nothing. The Gurney & Garcia matter was arbitrated and ultimately settled in our client’s favor.

For more information, seek help from a wrongful termination lawyer. 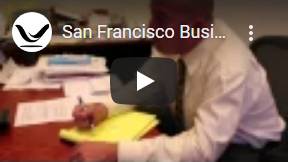