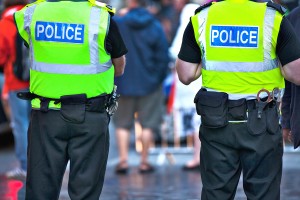 Excessive force can involve the abuse of batons, tasers, handcuffs, pepper spray, or choke holds when the circumstances do not warrant these actions.
When a cop officer shoots and injures or kills someone, the cops conduct an internal investigation, but these investigations are generally not trustworthy; no police department wants to admit to the public that an officer pulled a trigger without justification. Sometimes the evidence genuinely supports an officer’s decision to pull the trigger, but when the evidence points to unjustified deadly force, the San Francisco police brutality lawyers at Geonetta & Frucht will relentlessly seek justice for the surviving family members with a lawsuit.

YOUR INITIAL CONSULTATION IS FREE

Police officers are supposed to serve and protect individuals, but sometimes they illegally use excessive force and impact innocent lives. Contact Geonetta & Frucht at once to learn about your legal rights and options after a police brutality or shooting incident. We serve clients in the San Francisco Bay Area and throughout northern California. To discuss your case with an experienced San Francisco police brutality lawyer, contact us right now by filling out the form on this website or calling our office in San Francisco today at 415-433-4589 to set up an appointment. Your initial consultation with a member of our team is free.